How to Combat Hydra Infestation 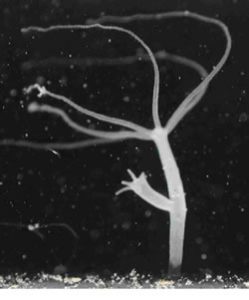 Hydras belong to Phylum Coelenterata, a group of aquatic organisms where jellyfish and corals also belong to. Hydra doesn’t just mysteriously appear in your tank. They are often introduced to the aquarium from an external source. Once inside the tank, the abundance of food sources will promote its growth and multiplication.

Aquarists often find Hydra a nuisance in their fish tanks, however there are also those that find them interesting and let them be. Hydra in tanks is often difficult to eradicate, however, it is not impossible.

Hydras are carnivores and compete with fish for live food. They are capable of rapidly reproducing asexually by producing buds that grow into new hydra. They are also known to prey on fish fry and small adult fish. The biggest concern associated with hydra is when they infest breeding tanks. Hydras eat live foods which are put into the tank for the hatchlings. With abundant food, hydras multiply quickly until such time that thy will prey on fish fry for lack of food.

Apart from the said reasons, there are hobbyists who want to get rid of hydras from their tank simply because they dislike the organism’s appearance.

Getting Rid of Hydra

There are several ways which have been proven to effectively remove hydra from fish tanks.