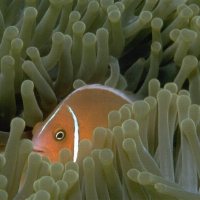 Fish/fish compatibility is a perennial problem that affects all marine fishkeepers, beginners and advanced alike. The successful display of livestock depends on one main factor – advance planning. There are a good many fish that are incompatible with each other and it is vitally important that these are identified early in the life of an aquarium. To ignore this process is to invite trouble with unnecessary fighting or bullying leading to stress, disease and the consequent loss of livestock. In addition, a disharmonious aquarium makes for a very poor display!

One of the best times to draw up a livestock plan is while the aquarium is maturing. This tends to be a very frustrating period for the eager aquarist and can best be utilised by considering all the options. Points to consider are: behavioural characteristics, ultimate size, special feeding needs, aquarium requirements and disease resistance. When making a particular livestock inventory, it is essential to investigate each and every species in depth for suitability.

An important point to stress here is that collections of fish seen in retailer's sale tanks are purely functional and are not to be regarded as a reflection of general long-term compatibility. For example, a tank housing several dozen clownfish works as a temporary and efficient retailing procedure but would soon break down into anarchy if transferred to the domestic showtank.

The following chart will give some idea as to those families that can be safely mixed, those that require caution and those that must never be allowed to share the same aquarium. Exceptions will always be the rule where individual species are concerned but these must never be allowed to dominate advance planning. Further reading of books outlining particular species and their requirements is to be strongly recommended. The result will nearly always be a successful display with contented livestock and owner!

Nearly every marine fishkeeper with a predominantly invertebrate aquarium will want to add some suitable fish in order to add movement, colour and further interest. However, care must be exercised when choosing species, for a number of important reasons. Invertebrates are, on the whole, far more sensitive to poor water conditions than fish. They also tolerate fish medications very poorly. Most marinists will be aware that the best treatment for those common killers whitespot and Oodinium is Copper, and Copper is lethal to all invertebrates, even in minute quantities. Therefore, we must choose fish that are naturally disease resistant and afford them extra protection by maintaining optimum water quality, as well as installing an ultra-violet steriliser to destroy free-swimming disease organisms.

A low stocking rate of 1" (2.5cm) of fish for every 6 gallons (27 litres; 7 US gallons) of water nett may seem unduly restrictive but there is sound reasoning is behind this theory. The more fish put into a tank, the more they will have to be fed and the more harmful waste is generated. Tanks that are overstocked quickly fall victim to deteriorating water quality, leading to health problems in both fish and invertebrates!

In the wild, invertebrates form the dietary basis for many fish e.g. butterflyfish and triggerfish. Such species must be identified and omitted from the showtank. Whilst it may be true that the juvenile stage of some fish show no interest in harming invertebrates, as they grow, behaviour patterns can change quickly leading to a great deal of destruction before the offending fish can be extracted. In these instances it is best to disregard the fish species at the outset.

Compatible WIth Each Other

In taking care that certain fish are compatible with invertebrates, it is often overlooked in establishing that all fish are capable of living in harmony. It is just as important to follow up fish choices with a fish/fish compatibility chart and species directory before purchasing.

Happiness Is A Warm Cave

By their very nature, reef-type aquaria are full of nooks, crannies, caves and tunnels. Such an environment suits many species and they respond by behaving normally with little or no stress and a low instance of disease. Dwarf angels are excellent examples and, all other things considered, usually make superb choices for the reef tank.

Controlled decorative algae growths are to be encouraged in the invertebrate aquarium. They not only look attractive but can perform a useful water cleansing function into the bargain. However, some fish regard any plant matter as a useful supplement to their diet! Certain fishes merely graze on the micro algae and often make no noticeable difference. On the other hand, herbivores can consume part, or all, of a carefully tended macro algae culture in double-quick time! It is clear then, that if decorative algae is a priority, herbivorous fish must be excluded from any fish plan.

As always, introduce the sensitive and retiring species first. In this way, they are allowed to settle peacefully without the attentions of more demonstrative species which quickly lay territorial claims. Of course, assertive fish still have a place, but are best ensconced as a final part of the fish community.