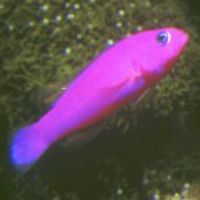 Coral reefs have often been referred to as 'deserts of the sea' and paradoxical as this description may seem, it is perfectly accurate. For, although teeming with an abundance and great diversity of life, nutrients are in surprisingly short supply when compared to the seas in other areas of the world. The gin-clear waters bear testament to the fact that plankton and other food particles do not flood the reef in any massive quantity, yet still these are some of the richest and most densely occupied locations to be found on the planet. How?

Food Chains In The Wild

In recent years, ecologists and scientists have addressed this puzzling question and concluded that coral reefs are much the same as rainforests; the only significant energy input is supplied by the Sun and other nutrients are carefully recycled in a complicated, yet highly efficient, food web.

For example, reef-building corals hold within their tissues a symbiotic algae which is vital to their survival. This algae is powered by the Sun and the by-products of its photosynthesis enable the corals to extract calcium carbonates from the seawater, transforming them into the solid foundations of the reef. Many animals, Parrotfish for one, feed on this algae, until they eventually die, providing food for other reef inhabitants, which in turn become food for yet other animals, and so on until the cycle of re-processing is complete. Of course, many other webs and chains are formed, inter-twining with convoluted patters that are almost impossible to make sense of. Nevertheless, each animal has its own niche within a delicately balanced nutrient cycle, so undisturbed that many species survive in the same form today as they did many millions of years ago!

As can be deduced, some of these food chains can be very difficult to break into when we consider fish and invertebrates in an isolated aquarium situation, thus making a considerable number of species unavailable to the hobbyist. Invertebrates such as Harlequin Shrimps (Hymenocera sp.) illustrate the point very well. Their diet consists of live starfish, to the exclusion of all other foods. Not only does this provide the marinist with a practical problem (e.g. how to supply enough starfish), but also a moral dilemma (e.g. is it right to feed live starfish in an aquarium situation?).

Many fish, on the other hand, can be just as unsuitable. Chaetodon trifasciatus (The Rainbow Butterflyfish) represents a single species out of a whole host of others with such a specialised diet that they are considered impossible to keep in captivity (and are, therefore, best not imported at all!).

Luckily, there still exist many species of fish and invertebrates that can be kept in an aquarium situation and fed quite easily on the foods at our disposal.

Feeding marine fish and invertebrates is a very pleasurable experience, giving the aquarist a direct opportunity to interact with his/her charges. But care must be exercised as overfeeding falls a close second to overstocking as a cause of livestock mortality. In the wild (as I hope has been implied in the opening section) food is not a particularly abundant commodity, therefore, both fish and invertebrates have developed a physiology to cope with a 'little-and often' way of life. Consequently we should, as far as possible, adopt this feeding strategy, avoiding a once a day binge which not only puts a great strain on the biological filter but stresses the digestive system of the livestock, ending up with most of the goodness going to waste as it passes straight through the gut.

Assuming that an efficient filtration system is in place, most fish-only aquaria are best fed three times each day, if time permits. Small feeds, first thing in the morning, midday and early evening, lead to steady, sustained growth, improved coloration, and increased resistance against disease. Many people will not be available for the midday feeding due to work commitments etc., but this is easily overcome by fitting an automatic flake feeder set to the appropriate time. If your fish consist of non-flake enthusiasts then the midday meal can be omitted altogether without too much worry.

Invertebrate aquaria require far less in the way of food than most people imagine. Overfeeding often results in deteriorating water quality causing the early demise of Livestock, not through lack of food but due to a polluted environment!

Unlike fish, invertebrates vary widely in feeding habits. Some, like crabs, shrimps and lobsters are gross feeders by nature and require meaty foods approximately twice a week. Hard corals, anemones and mushroom polyps rely much more heavily on their own symbiotic algae and may never need 'feeding' as such, only a source of strong lighting of the appropriate quality and quantity. Filter feeders such as tubeworms are best given live foods on a daily basis; rotifers and brineshrimp nauplii, although more inconvenient to raise, are a more natural food source when compared with commercial liquids and prove to be far less polluting.

Tanks containing both fish and invertebrates prove to be somewhat of a dilemma. Fish require much more food than invertebrates, which can lead to a rapid deterioration of water quality and subsequent invertebrate losses. The only way to overcome this problem is to keep fish stocking levels very low. I have promoted (and used) my own stocking formula for well over fifteen years in this scenario. 1" of fish for every 6 gallons nett maximum may seem an ungenerous allowance but it works very well to the advantage of both fish and invertebrates. In addition, I would also recommend that fish be fed sparingly only twice each day.

Some mixed aquaria enthusiasts feed only once every other day, or even once a week(!) with great success, but as a general rule of thumb, if you are at all unsure, sparingly twice a day will likely prove as suitable as any other regime. 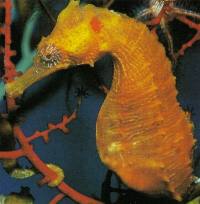 Mixing fish in each category is not always a good idea. If bold open-water feeders are mixed with shy specialist feeders, then it would be fair to assume that the latter are going to miss out on a proper diet and eventually starve. 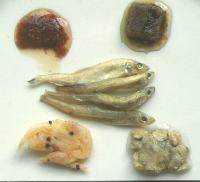 Compared to ten or fifteen years ago, the range of frozen, dried and flake foods specially designed for marine has increased to cover practically every eventuality. Frozen foods include: brineshrimp, mysis shrimp, mussel, cockle, squid, lobster eggs, shellmeat, lancefish, large shrimp and plankton; whilst many greedy species will thrive on flake, food sticks, tablets and pellets as well as dried shrimps etc. Live brineshrimp and river shrimp are often available at retail outlets as a treat or staple diet. Blanched lettuce or spinach leaves make a handy substitute for herbivores such as tangs who have cleared their aquarium of cultured or naturally growing algae.

It is, of course, important to know just what your fishes dietary requirements are (preferably before purchasing), but having said that, 95% of all the fishes found on the market can easily be accommodated by using the above list. 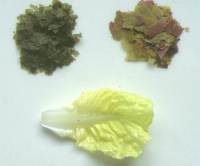 The only task the hobbyist has to undertake is to present it in a size that can easily be taken and in a reasonable variety. Do not just feed brineshrimp to the exclusion of all other products. Try a selection, not only to ring the changes, but to enable the animals a greater chance to consume the vital vitamins and minerals they need.

Vitamin supplements are available if the hobbyist is unsure as to whether enough are being consumed. A few drops are best added to the food a few minutes before feeding.

These should always be defrosted before use in a plastic or ceramic dish. If presented as a frozen lump, delicate mouth tissues may be damaged. 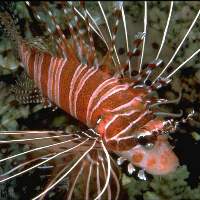 I find the practise of feeding live guppies, mollies, goldfish or whatever to Lionfish and the like very distasteful. I find it ethically dubious, not to say totally unnecessary. All Lionfish can be weaned off of live fish if the alternative is presented carefully and with perseverance. Frozen Lancefish and shrimp loosely tied to a piece of cotton will often be taken if waggled in front of the nose of a hungry fish.

If it is spat out, keep trying; as the fish gets more and more hungry, it will eventually take the dead food as it sinks through the water. Do not worry if it takes several weeks, the wait will be rewarded by a cheaper, more convenient and ethically correct food source!