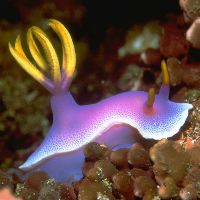 It would be true to say that the majority of aquarists never test for dissolved oxygen (02). Nevertheless, oxygen is an extremely important gas and essential for the survival of the vast majority of livestock that we keep. This is, of course, most evident in fish, which draw oxygenated water in through their mouths, passing it over oxygen extracting membranes within the gills and expelling the depleted water out through the gill slits.

Generally speaking, the water surrounding coral reefs are saturated with oxygen owing to wave action and both fish and invertebrates have become reliant on the high levels available to them. Therefore, we must try our best to replicate the same conditions in our aquaria. Fortunately, providing optimum levels is not that difficult.

In the average aquarium, amounts of dissolved oxygen (DO) vary during both the day and night, never remaining entirely constant. Brightly illuminated tanks cause micro and macro algae to photosynthesise at a rapid rate causing oxygen to be given off as a by-product. As the day progresses, oxygen levels rise steadily and can sometimes be observed as tiny bubbles covering the rockwork and macro algae.

Another important consideration is that dissolved oxygen levels directly influence pH. A rise in DO also means an increase in pH. This is most common during the hours of daylight when algae is photosynthesising. Conversely, during the nightime, algae re-absorbs oxygen and produces carbon dioxide (C02) instead, thus as both DO and pH begin to drop the production of C02 tends to compound maters significantly as it influences pH to fall even more rapidly. 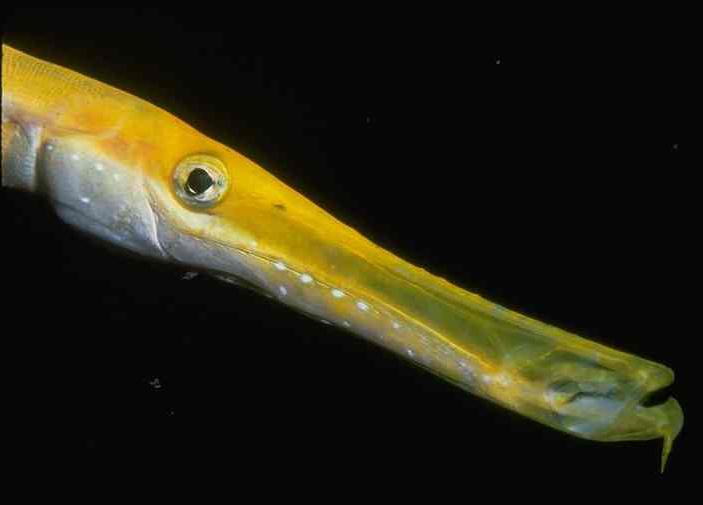 Having said that, help is at hand in the form of good water circulation! For at the interface between air and water, oxygen is absorbed and carbon dioxide expelled; so even during the hours of darkness, a body of water with excellent water circulation can not only maintain a good 02 level but also a reasonably stable pH as well (who was it who suggested turning off circulation pumps at night to give the fish a rest! Not I, I can assure you!).

Whilst we are on the subject, I would not like to give the impression that oxygen and carbon dioxide are two sides to a pair of scales – that the reduction in one means rise in the other; it is perfectly possible to have high (or low) levels of both simultaneously and neither influences the other directly in this respect. A useful point to bear in mind.

Another point to remember is that the 02 holding capacity of saltwater is proportionately linked to temperature and specific gravity. The higher the temperature and the greater the s.g. the less DO is capable of being held. For example, saltwater at 25°C(77° F) with a specific gravity of 1.022, when saturated, will hold 7.20mg/lt of O. This will drop to 6.95mg/lt at 1.026 and 6.70mg/lt at 1.030. Considering that the ideal saturation level is 7.00m/lt, these figures may not appear to be too crucial, but couple them with a high temperature and it would be possible for DO to fall uncomfortably low. 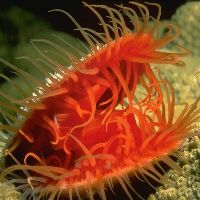 Much has been made regarding the ability of aerobic bacteria to strip the tankwater of 'vast' amounts of DO. Whilst it is true that nitrifying bacteria require oxygen to perform their task efficiently, it is not nearly as much as some may assume. I performed many tests with a reliable electronic DO meter in a variety of systems and at numerous points in the water flow; findings indicated strongly that 02 levels were not seriously affected by biological filters correctly installed (much less than 0.5mg/lt in the very worst case!). Any depletion in 02 was swiftly replaced by the action of circulatory pumps, protein skimmers and the like.

The DO Generation Game

Any water agitation will encourage the absorption of oxygen from the atmosphere – from water simply flowing over a weir to the actions of a single airstone. More sophisticated methods do exist enabling 02 to be forced into solution, and these are often referred to as oxygen reactors. Here, tank water is usually flowed through a biological media within a sealed acrylic chamber and an airpump used to pressurise the interior to about 3psi. the resultant exiting water is super-saturated with DO and pumped back into the system. Oxygen reactors are particularly useful in large or heavily stocked aquaria. One point to remember is that pure oxygen must NEVER be fed directly into marine or indirectly via the oxygen reactor previously mentioned. Untold damage to livestock will be the result due to toxic super-saturation (levels above 9.00mg/lt).

DO can be measured by using either liquid reagent test kits or electronic metering. Cheap liquid test kits often prove ineffective for the displayed results often leap from well below to well above the range that most marinists are interested in. More expensive professional kits are capable of accurate results anywhere throughout the range and electronic meters can display readings up the second decimal point!

As we have seen, a marine aquarium maintained at 25° C (77° F) with an s.g. of 1.022 should be capable of holding 7mg/lt of 02. This is an ideal situation and one to be aimed for. If DO was to drop below 6mg/lt or rise above 8mg/lt, then there would be some cause for concern. A sudden drop in DO could indicate that an animal had died unknown to the hobbyist and was fouling the water. All things considered, measuring DO is not absolutely essential, but would be of interest to the keen fishkeeper who would like to be certain that all water parameters were under control. Nick's Tip Always keep the water surface free from scum to enable optimum gas exchange to take place.